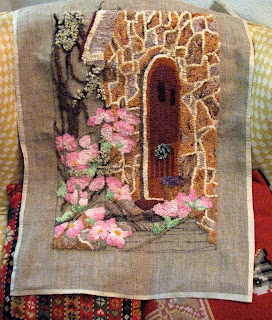 I hook and I hook.... this is mostly all 4 cut, and I'm loving it.  The detail can be tedious, but I get into  it.  The smallest loop seems important.  Maybe because it's my house and the design is based on my husbands photography.  Maybe it's because I began this rug in Maine taking a class with my step daughter, Lily.  Maybe it's because I feel like I'm painting.  It doesn't matter to me.  I simply love rug hooking, and the repetitive process that ends up with such texture and design.  If you hook, you know what I mean.

Today I was running errands and listening to my IPod.  I have Deanne Fitzpatrick's new cd loaded, and I'm listening to her essays on art and life in general.  She was telling about how sometimes she might go someplace, get to talking, and maybe say more than she had intended.  Then worry about it later.  I know exactly what she means, as I imagine most of us probably do.  Deanne then went on to say that it happens and we're just saying what we most likely needed to.  Maybe it's best not to worry about it and just let it go.  I had the most wonderful mind cleanse as I listened to this essay.  I had written a letter a year ago to a couple of friends.  It was very nice.... nothing weird or mean.  I just needed to get some stuff off my chest.  The letter was four pages!  I talked about a lot.  I probably said more than was necessary.  I was on a roll.  This letter has bugged me.... but as I listened to my IPod, I just let it go!  I felt like a dust ball in the corner of my brain had finally been swept free.  I expressed myself in that letter honestly and real.  I wrote much about my life and passions.... I said things that are important to me.  I'm glad I wrote it.  Thanks for your words Deanne.
Posted by dulcy at 1:33 PM

Oh gosh Dulcy I can really relate to your post! How often I have had a conversation with someone and afterwards I feel like I maybe shared too many of my personal thoughts, revealed too much about myself. Strange though when someone else does it with me I listen attentively and feel privileged they shared with me, lol.
Tina xo

Dulcy,
Your rug is looking wonderful. And I am often a member of the "say-too-much" club.
Kim

I think all those little words we weave in and out of our verbal designs because we so love the rich texture and full expression it gives our hearts...well, it's just like you hooking your gorgeous rugs!
When you're hooking, you're lavish with the details because you see the beauty in them. When we're pouring out our hearts, the "smallest loop seems important."

Maybe the war we go through with our art is similar to all self-expression. There is always resistance.
Interesting to ponder.
Thanks for such a wonderful post, Dulcy.
-Jennifer

Oh, can I relate! I read a quote from Dr Seuss that helps:
"Be who you are and say what you feel, because those who mind don't matter and those who matter don't mind." I love that.
Your rug is beautiful - the rock work is fabulous.
Now I must sign off before I say too much :)

Oh, I'm so a member of your group. I'm going to check with the library & see if they have the tapes. I'm so jealous (is that the proper word cause I don't want to take it from you, I just want it too) of your love for hooking. I want to find that again. Better quit befor I say too much. Great post! Jan

OMG...as I read your post, with a tear in my eye, I thank the Universe for sending me to your blog this morning...the same thing recently happened to me and I lamented about it ALL day yesterday and still today.

It happens and if we only had a delete button it would make life easier, but feelings happen and are published to the Universe...but a lesson is learned. On this plain we are students and if we want to evolve we must learn from our mistakes, throw thank yous and apologies to the wind and know that it will be heard...we are better human beings after the fact...if we paid attention and learned!

Thanks so much...you were a Godsend...everything happens for a reason on our path to enlightenment!

I love your blog and I have had a wonderful time visiting with you.
I'll definitely be back.....

I love how the picture is coming along. You know what your doing and every step along the way. But each new view is new to me and a total surprise. love it.

I'm glad you wrote it too!
I think it is right to worry, it's what makes us considerate of others. But when we slip up (which I do often,lol), letting go is needed to be considerate to ourselves. Dang, did I get deep, or what.lol

Dulcy, your blog is really wonderful. So full of interesting photos and and posts. I'm glad that I visited. As you can see I'm following your blog.

I sometimes tell a little to much too but not as much as my hubby. He's the real chatter box especially on the phone or when someone visits... lol.

Dulcy
So happy I was able to stop by today and see your wonderful piece your working on. It is really awesome.
I too like Tina can relate to this post and like you said have thought about it for years later.
Glad you shared this with us. We can all learn from it
Love
Maggie 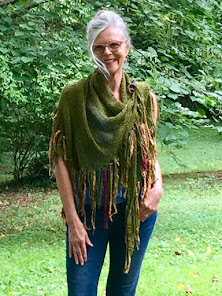 dulcy
I hook wool on linen, weave, paint, sketchbook, and whatever catches my fancy!

This is a little Instagram shot I took and submitted to the Gudrun Sjoden photo contest. I'm one of ten winners! You can see mine and the rest of the winning photos here.

Images Of My Life 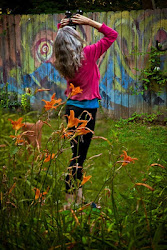 You Can Read About My Handbags And See Photos Here